The Fat Boy Chronicles is a film about Jimmy Winterpock, an obese high-school student who deals with bullying and trying to lose weight. The film is inspired by a true story about an obese 9th grader in Cincinnati and a novel and film were released in 2010 as a major motion picture.

Jimmy Winterpock always gets teased by the football team for being overweight at 188 pounds and only 5 ft 5. As a school assignment he writes about it in his journal. He soon meets a girl named Sable Moore who, as the story goes on, Jimmy learns that she cuts herself. After making quick friends, they start to go to church together. Eventually, Jimmy begins jogging with his father, with a goal to lose 38 pounds. Paul Grove, Jimmy’s friend wants to catch a killer so he posts a Photoshopped picture of Jimmy’s sister as bait, because of this, Jimmy feels guilty. Paul talks Jimmy into sneaking out to a party. Later Paul’s father commits suicide. Paul runs away and gets injured in an accident in Colorado. Jimmy tutors Robb Thurman, who is the football captain. Robb, because of this, tells his teammates not to harass Jimmy any more, as they become friends. 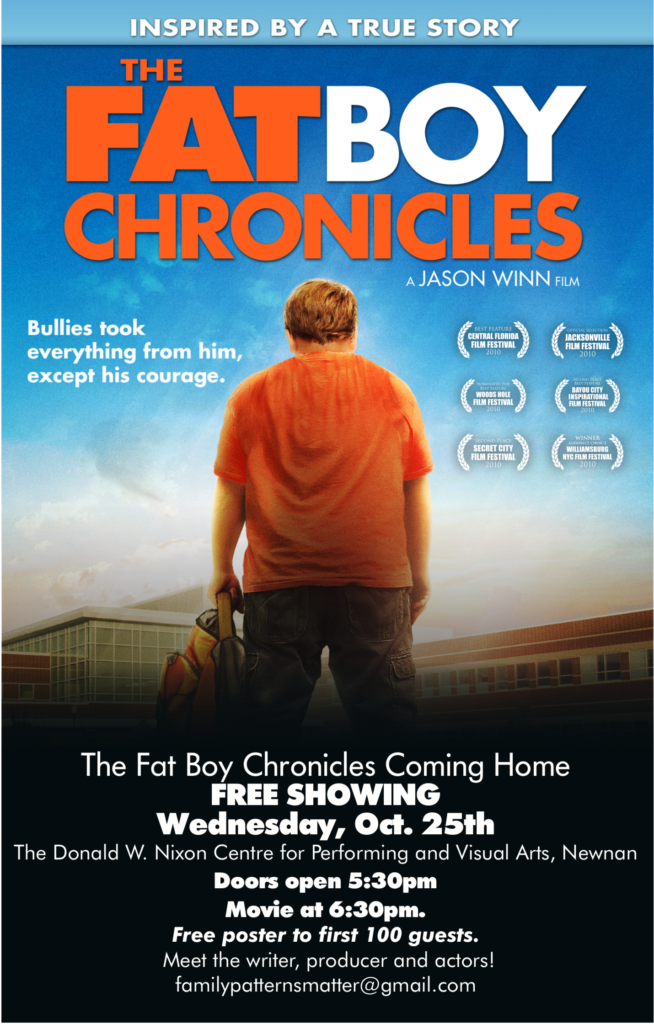